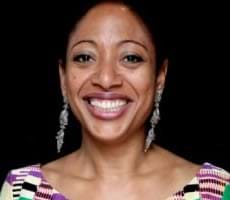 An MP of the Convention People's Party (CPP) in the First Republic, Mrs Lucy Anin, on Thursday hailed the decision of Samia Nkrumah, MP for Jomoro, to contest the position of chairperson of the Party. "At a critical time as this in the history of the Convention People's Party, it is gratifying to note that you have taken the bold decision to be the next Chairperson/Leader of our great party, the mother of all parties," she said in a statement issued to the Ghana News Agency in Accra. Mrs Anin, who was MP from 1960 to 1966, said: "We fully support your passion for the full realization of the ideology of the party based on scientific socialism." According to her, members of the party had noted Samia's unflinching determination to ensure that the vision of Dr Kwame Nkrumah, her father and first President of a country that was socially stable, united, politically independent and economically free and prosperous was kept alive and followed to their fullest realization. Samia, about a week ago, declared her intention to contest for the position of chairperson of the party "to unify all Nkrumaists" to contest the 2012 general election. She said although the CPP was respected in the country, the Nkrumaist tradition would continue to wallow in political wilderness if they remained fractured.