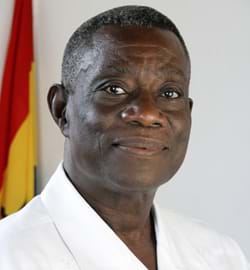 
NDC’s 2008 parliamentary candidate for Ayawaso Central constituency, Dr Ofei Agyeman has slammed the performance of President Mills, describing him as an ineffective person and incapable of leading the party to retain power in 2012. Dr Ofei, who lost the Ayawaso Central contest narrowly to incumbent Sheikh I.C Quaye, told Citi News on Thursday December 16, that the President’s performance in office has not been impressive enough to ensure a resounding victory for the NDC in the 2012 general elections. He said he is unhappy that President Mills has not involved people like himself and Dr Spio Garbrah in his government since according to him, they command some influence and have a lot of experience that they could inject into his administration. Dr Ofei charged members of the NDC party to stop glorifying hypocrisy and work towards attaining the Better Ghana Agenda they promised Ghanaians. “He (President Mills) is doing his best but unfortunately his best is not good enough and I believe that he can do better…this country needs a change, we cannot continue to glorify hypocrisy and I believe that there is so much that NDC can do to retain power in 2012. “There are some simple things that we could have contributed to if some of us had been included in decision making”. Dr Ofei Agyeman also endorsed former first lady and likely contestant Nana Konadu Agyemang Rawlings as the best person to retain power for the NDC if she decides to contest for the flagbearership of the party. According to him the leader of the 31st December Women’s Movement is the most appropriate and qualified person to deliver for the party in the 2012 polls. “Whether she is qualified or not I believe she is the best candidate to lead the party in 2012 because Professor Mills did not do enough work to win the elections in 2008”.