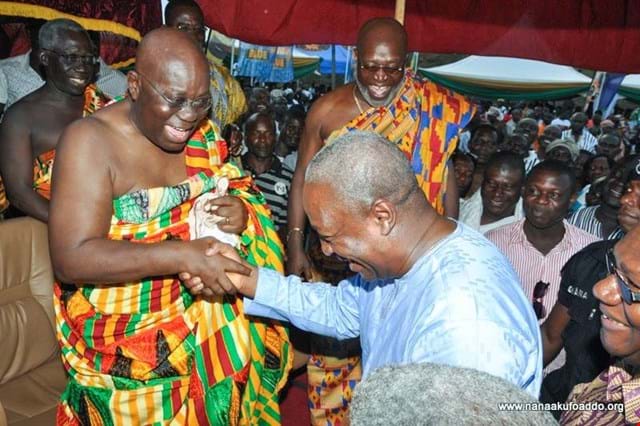 President John Mahama's fight against corruption in the country is nothing but a sham, that's according to the flagbearer of the New Patriotic Party Nana Akufo-Addo.

In his view, the president has not been honest with Ghanaians in the battle against the canker.

Delivering his 'real state of the nation address' in response to the president’s last State of the nation address to parliament, the NPP flagbearer made reference to some outstanding corruption cases under the Mahama-led administration such as the controversial bus rebranding saga, the SADA scandal and the unclaimed GHC51 million Woyome judgment debt issue to buttress his point.

“The many outstanding corrupt cases have not been dealt with and the President claims he is fighting corruption. The Woyome saga, the bus rebranding, AMERI and all of them, what has become of them…The so called fight against corruption is a sham, I repeat; it's a sham” he stated.

“The four years of DUMSOR have cumulatively led to financial losses of more than $3 Billion, and thousands of lost jobs,” he stated.