I Feel Ashamed For The Rawlingses | Victor Smith 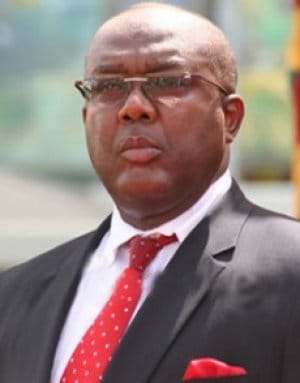 
Ghana’s Ambassador to the Czech Republic, Victor Smith says he feels very ashamed for the Rawlingses following the 'humiliating defeat' handed former First Lady, Nana Konadu Agyeman-Rawlings at the National Democratic Congress flagbearer race in Sunyani. According to him, Nana Konadu’s defeat was very humiliating considering that the Rawlingses are the founders of the NDC, adding the reception the delegates accorded former President Rawlings showed that he had lost touch with them. He was speaking on Adom FM Monday on his thoughts about the just-ended Delegates Congress of the NDC which was also to elect a flag-bearer to lead the party in the 2012 elections. Although campaigning in the run-up to the elections was both fierce and acrimonious with supporters on both sides engaging in a fierce war of words, delegates at the congress handed the former First Lady a stinging defeat as she polled only 90 votes (3.1%). President Mills polled 2,771 (96.90%). “I feel ashamed for the Rawlingses, see how they have been embarrassed.” He said that the defeat signifies that the delegates do not agree that Nana Konadu should contest President Mills, explaining that he felt so sad at what happened on Saturday. He added that the same thing happened to Dr Obed Asamoah at the Koforidua congress of 2006 but in the case of the former President and his wife, the embarrassment was so great that they could not even wait for the victory speech of President Mills. Mr. Smith claimed he had credible information that Mr. Rawlings held a meeting with key personalities in FONKAR and advised that Nana Konadu should step down but some of the members of the campaign team including his own daughter, Yaa Asantewaa Rawlings disagreed. “These young men who were campaigning for Nana Konadu, we wonder where they came from. This is a major problem; they probably saw it as an opportunity to become a somebody, we don’t do things like that. "The legacy of the Rawlingses is very big; NDC is bigger than all of us. If you think you are helping former President Rawlings in the process you are threatening his legacy…I was hoping former President Rawlings will see through that and take appropriate action but unfortunately he missed it,” Victor Smith added. The Czech Ambassador said Mrs. Rawlings should have listened to the numerous pleas that came her way from party functionaries, eminent chiefs from the Volta Region and others to step down.