Ghana's Elections: Down to the wire 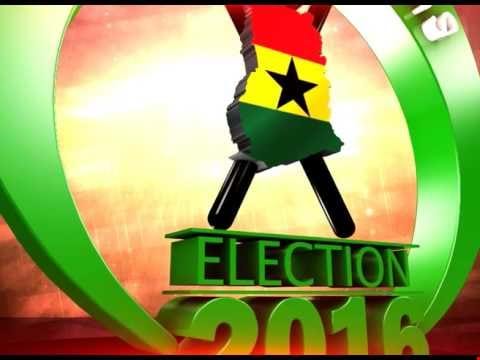 The general sentiment on the street is that the NDC has not given Ghanaians value for money in the construction of various infrastructure projects around the country. The emergence of the details of some contracts, have revealed that it is likely that many huge contracts were inflated in value and skimmed off to the benefit of party apparatchiks. Many huge contracts were not open to tender, furthering the belief among many that, the infrastructure projects have been cynically used to advance the fortunes of party members. Many feel that Ghana does not look like a country through which USD 25bn has passed in the last 4 years. The high Debt/GDP ratio in comparison to countries like Kenya, Nigeria and Cote d' Ivoire is the best outcome measure of the government's efforts, if they should be so described.

The perception of corruption has been strengthened by the long running case of Mr. Woyome, a NDC financier to whom a payment of Ghc 52m was paid, as a result of a default judgement against the state. It is widely believed that there are other such cases within the orbit of the ruling party. Mr. Woyome has confirmed that he paid out monies to various party functionaries. An attempt to bribe a leading opposition member, Mr. Bugri Naabu with Ghc 3.3m and 2 SUVs is also in the news. The president and his businessman brother are allegedly involved in this case and seem to have physically been present when the money exxhanged hands. The party faithful simply brush these and other cases off.

The major opposition party the NPP, barely having recovered from an internecine war, which saw the party chair and general secretary along with others removed, has been showing increased momentum as voting day approaches. Mr. Akuffo-Addo has been drawing huge crowds even in NDC strongholds. They are hammering on corruption and incompetence of the government as their main themes. The NPP is extolling the need to move away from the ruling party's profligate spending. The ordinary voter seems to be on the same page and the NDC’s infrastructure program is seen as poor value for money.

One example is the new the 200 plus bed Greater Accra Regional Hospital. This hospital was built of the foundation of an existing hospital, at an announced cost of USD 250.00 m. The NHS of the U.K built a similar hospital for about USD 75m in the last year, in a country with considerably higher labor and land costs. These are the findings from independent researchers that tend to support the opposition contention that the NDC's borrowing and spending represent poor stewardship or probably outright theft under Mr. Mahama’s leadership.

There have been NPP/NDC clashes in many areas and the response of the police has been largely viewed as slow, unprofessional and biased in favor of the ruling party. This has fostered more scattered pre-election violence. Mr. Mahama's response to aggression from party members has been almost reluctant and cynical at best.

The wildcard in the election is the PPP, whose highly successful businessman leader, Dr. Paa Kwesi Nduom, is viewed as honest, disciplined and pragmatic. His party was a distant 3rd in 2012. Since then, he has increased his visibility across the country through his bank, which has a branch in every district. He has been job creator on a large scale in the private sector. The youth are particularly excited about his candidacy. Youth unemployment is a powder keg waiting to explode and his track record offers real hope for young voters from 18-35 years of age. He has among other things, brought two rice mills into production to create local jobs and to eliminate the annual USD 1.5bn import bill for rice.

He has overcome an attempt by the Electoral Commission (EC) to disqualify him. Having prevailed in court against the EC, his reputation as a no - nonsense doer has been enhanced.

The true wild card is the integrity of the EC which has been tarnished by many missteps of the new commissioner. Many have less trust in the true autonomy of the EC and the risk of a legal challenge of the results, close as they are likely to be, is high.

Ghanaians have faith in themselves but less in their institutions. This is one sad legacy of the NDC's many years of governance. Their self-touted infrastructural achievements have been greatly undermined by a poor record on corruption, which the voters see as a real impediment to progress. Ghanaians feel they have not had value for money and one should expect the NPP and PPP to do well if the electoral process is not compromised. The broad strength of the NDC across the country should however not be underestimated, as they will do whatever it takes to win because there is a real fear within the NDC that many officials will be prosecuted and jailed if they lose. Therein lies the NDC's dilemma.

Mirror in the Dark, The Story of Bagbin 122

Galamsey: A symbol of National Ineptitude 158

When shall we overcome? 176