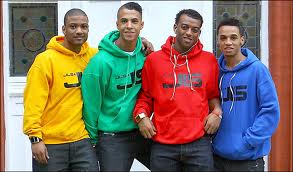 Snubbed ‘X Factor’ contestant Gamu Nhengu has been tipped to perform a duet alongside JLS at this year’s MOBO Awards, it has been claimed. According to Metro, organisers of the prestigious event hope to convince the 18-year-old (and immigration officers) that she should sing at the event in Liverpool. A source told the freebie newspaper: "This is the first big thing for her since all the drama so she is really nervous. Organisers really want her to show up as she is so popular.” Gamu’s mum is keen to have her daughter perform at the ceremony as “that’s what she loves doing”. The singer was recently booted out of the popular TV show ‘X Factor’, causing outrage when Cheryl Cole picked Cher Lloyd, Katie Waissel and Rebecca Ferguson over the Zimbabwean schoolgirl for the live finals. She was then hotly tipped to become Cheryl’s wildcard for the show but was again overlooked in favour of Treyc Cohen. It has subsequently been claimed that her status in the UK may have played a role in her exit. Although there is still no word as to whether Gamu will perform, the pop star wannabe is down to attend the event but fears that she will be too scared to show up with all the big names on the red carpet. JLS have announced that they are “teaming up with a special guest” for their MOBOs performance which has made the idea of a duet with Gamu even more possible.