Van Vicker's Friday Night A Winner Or A Flop? 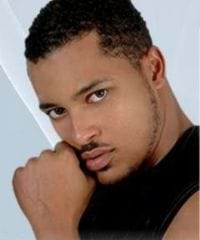 I have been hearing mixed reviews regarding Van Vicker's own produced movie; Friday Night. Some people are saying the movie keeps you in suspense whilst Others found it too confusing. I haven't seen it myself yet so i am in no position to judge. Friday Night in my view was a critical point in Van Vicker's Career. It was his chance to prove to us that he was not just a pretty face but rather had more to give to his fans or his critics. It seems Van Vicker always has to prove himself due to the fact that he is judged on his looks and not his acting ability. One thing i will give him is that he is involved in various charities that i know other Ghanaian stars are not. Whether he has ever donated any money to these charities, i am not sure. The movie; Friday Night has also been criticized for depicting a western culture whilst others are praising it as "different" to other African Movies. Has any one seen it, how would you rate the movie; not based on the quality but the concept of the movie. If you haven't seen it yet such as myself, do you think Van Vicker should have jumped or produced his own movie so quickly? Let's keep in mind that producing a movie is not an easy thing when you put in place the cost of producing it.