Madonna Wants Them To 'Shut Up' 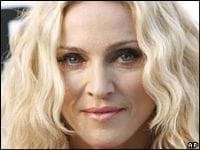 Madonna is furious over claims her alleged relationship with a US baseball star has been labelled an "affair of the heart." The 49-year-old singer is reportedly livid over claims made by a lawyer for the wife of Alex Rodriguez, 32, that they are engaged in a non-sexual relationship. A source involved with the divorce told Britain's The Sun newspaper: "Madonna is outraged. She told his wife Cynthia's lawyers not to make any more statements about her - in short, shut up." Cynthia's legal team served her sportsman spouse with divorce papers earlier this week. Despite not being named in the documents, Cynthia's lawyers are still attributing some of the blame for the break-up to Madonna. One of Cynthia's legal representatives, Earle Lilly, said of Madonna and Alex: "The correct analysis is a relationship. Some people categorise an affair as sexual infidelity. We're not claiming that - it's an affair of the heart." Lilly also released a statement on Tuesday saying: "Cynthia has tolerated a lot of misconduct, but this one was the final straw. Having Madonna sit in his box at baseball games, and the Kabbalah meetings that have taken place. it's like an open forum. It's just short of embarrassing if nothing else." Meanwhile, Madonna was visited by Gwyneth Paltrow on Tuesday at her Central Park West apartment. The actress was offering her close friend support as she deals with the affair allegations while trying to save her own marriage to director Guy Ritchie, 39. Madonna has vehemently denied their relationship is on the rocks and Guy flew to New York last week to be with his wife and children.