Madonna 'To Split' From Ritchie 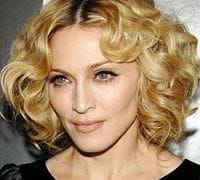 Pop star Madonna and her husband, film director Guy Ritchie, are to divorce, it has been reported. The couple, who have been married for nearly eight years, will announce their split "imminently", The Sun said. The BBC has been unable to confirm this. There has been increasing speculation in recent months that the couple's relationship was on the rocks. In July, Madonna's publicist denied the pair were planning to divorce, saying their marriage did not "need saving". Last month, the pair appeared together at the premiere of Ritchie's film RocknRolla. They walked arm-in-arm and posed for photographs in London's Leicester SquareRitchie, 40, had rebutted suggestions his marriage was over with a public show of support at Madonna's 50th birthday party in August. He also gave a US magazine interview in July saying: "My marriage is fine, as far as I'm aware of." Madonna is currently in New York in the middle of her Sticky and Sweet tour. The pair married in December 2000 at Skibo Castle in the Scottish Highlands. They have two sons together, seven-year-old Rocco and David Banda, whose adoption from Malawi was approved in May. The singer also has an 11-year-old daughter, Lourdes, from an earlier relationship.