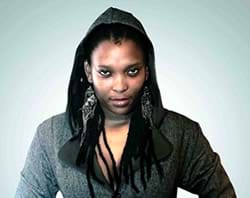 Nkulee Dube, daughter of the late South African reggae star Lucky Dube, will on Saturday, November 25 perform at a charity concert at the Accra International Trade Fair Centre. She is expected to perform in Accra on November 25, Kumasi at the sports stadium on November 26 and at the Sekondi Sports Stadium in Takoradi on November 27. The charity concert, which will feature some selected Ghanaian music stars, is being organized by RAM Media Concepts to raise funds to support children suffering from hole-in-heart condition. At a press briefing, the coordinator of the event, Augustine Mark, told the media that the Hole-In-Heart Charity Concert was to solicit for funds to provide funding for parents whose children who had been diagnosed with such sicknesses but could not raise funds to cater for the operation or surgery. According to him, due to the high cost of the surgery/operation, most parents were unable to meet the cost of operations and therefore resorted to the public for support. The organizers would work tirelessly to raise over GH¢100,000 from the impending concerts. He noted, “Having studied the situation for a while, the management of RAM Media ‘Concepts has realized that it is important to have a fund that will cater for the cost of surgery for children whose parents cannot afford the cost of this life saving operation, rather than keep the child in pain and trauma until the parents of the child or the public raises funds for the operation”. Nkulee, who has taken up her father’s band, is expected to thrill Ghanaian music fans with some her hit songs and that of her father’s. According to her, coming to Ghana was like coming to continue what her father left uncompleted as Lucky Dube had mentioned that he loved Ghana, and was even billed to perform in Ghana the very year he died. As an artiste, Nkulee has been part of her late father’s performing band ‘One People’. She has performed at major festivals in Australia, Holland, Papua New Guinea, French Guyana, Suriname, to mention but a few. Nkulee has already appeared in a compilation album released by Sillywalks Entertainment in Germany, where her song ‘Give It To Me’ is amongst the popular songs of all time.