Kotoko Won’t Have It Easy — Fawaz 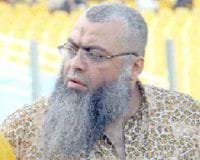 A director of Accra Hearts of Oak, Mr. Fawaz Zowk, has ignited the pre-match atmosphere ahead of Sunday’s Kotoko-Hearts duel, playing down on Kotoko’s current dominance on the local scene. He insists that the Porcupine Warriors won’t have it easy at the Baba Yara Stadium. Speaking to the Graphic Sports, Zowk called on all supporters of the club to rally to silence the Porcupine Warriors at their own backyard. Whilst acknowledging the brilliant exploits of the Porcupine Warriors and the sheer presence of some of the best known talents in the Kotoko squad, Fawaz maintains that Hearts still have the mental and spiritual capacity to contain Kotoko. “We are always ready, both spiritually and mentally, to deal with Kotoko and it is crucial that all our forces unite on Sunday like we did in the first round to prevent Kotoko from realising their dream of destroying the Oak tree”, he said. “There is no doubt that Kotoko are enjoying their best moments in recent times and their fans have already been tempted to predict some outrageous scorelines in their favour. Some have even gone to the extent of saying that Kotoko will record their biggest scores in history against Hearts on Sunday. “I will urge all Phobians to lift the spirit of the club by trooping to the Baba Yara Stadium to support the club”, he said. Meanwhile, Fawaz has expressed concern about the frequent travels by the club’s coach, Eyal Lachman, to his native Israel. He said the tendency to leave his programme to his assistants was hurting the club and it was time to bring him to order. “I think I’m the one who had earlier called on Hearts officials to give Lachman a free hand to operate, but his frequent travels are unbecoming of a coach who is really committed to the aspirations of the club”, he noted.