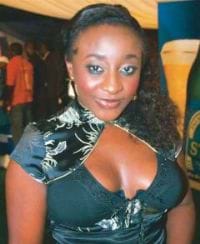 For the umpteenth time, Ini Edo is in the news. This time, the gist is that she rejected a script that was given to her because she couldn’t bear acting alongside Omotola Jalade who played the lead role in the movie, Yankee Girls. In an interview granted to a national daily, the marketer of the movie, Arinze Egesimba, was quoted as saying that Ini Edo was a rude girl who refused to play a supporting role under Omotola because she felt Omotola wanted to ‘use her to shine.’ According to the report, Egesimba said, “Ini is a rude girl who needs counselling. She said to my hearing that she was not going to take the script because she would not play under Omotola. Ini Edo does not have respect. That was why we suspended her the other day. Is Omotola supposed to act under her? Was it not when the marketers gave Omotola and Co. suspension that Ini rose?” Anyway, Life and Beat spoke with Ini on the telephone and she stated her own side of the story. “Don’t I have the right to reject scripts?” she queried. “I didn’t like the role I was to play, so I rejected the script.” Asked whether she rejected the script because she was not given the lead role, she said, “I don’t want to take issues with anybody. All the other things the man said must have come from his imagination; they all happened in his head. I think because I rejected the script, he had to imagine the reason I rejected it, and he came up with this absurd conclusion. “People have different ways of marketing their products. He wanted to create a controversy so that people would ask what the movie was all about and would want to buy it. But I feel it is a poor marketing strategy.” If you think this latest allegation bothers Ini, she has this to say, “Bother me ke? I have heard worse things about myself, so why should this little issue bother me? I don’t feel bad at all. I don’t have to be in every movie. If somebody rejects your script, you go to another person. I don’t see why this has to become an issue. I don’t know when it has become big news that somebody rejected a script.”