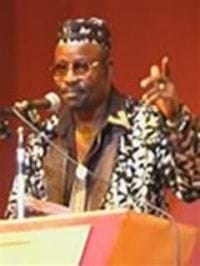 Five members of the Board of Directors of the Copyright Society of Ghana, COSGA, have filed a suit at the Accra High Court over allegations of libel by a group that describes itself as the concerned members of COSGA. The five who are suing comprise, Alhaji Sidiku Buari, Acting Board Chairman, Dr. Kweku Mensah Ganu, Publisher, Alhaji Gado Mohammed film producer, John Mensah Sarpong, Music Producer and Oscar Provencal, Actor. They are seeking an order of perpetual injunction restraining members of the concerned members of COSGA from publishing or discussing a petition that they have circulated as well as damages and cost. Names of the concerned members of COSGA which appear on the suit are Aboagye Asiama, C.K. Morrison and Mark Okraku Mantey. The three together with others have been accused of circulating a certain libelous document dated the 21st of last month. According to the plaintiffs they have massively been libeled in the said publication as members of the COSGA Board. The publication among others alleges that there had not been accountability in the collection and distribution of royalties by the Board. That the board had drawn millions of cedis from COSGA accounts dishonestly and that they had inflated the membership list of COSGA.