Britney Spears,Getting Her Life Back 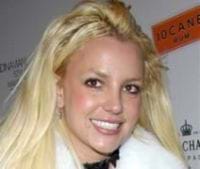 Pop star Britney Spears won the right to overnight visits with her two children, it was reported on Tuesday, in a further sign that the troubled star was back on the mend. TMZ.com reported that Spears had been granted overnight visits with her baby sons, two-year-old Sean Preston and Jayden James, one, following the latest hearing in her custody case with ex-husband Kevin Federline. A Los Angeles Superior Court spokesperson would not comment on the specific details of the hearing but confirmed a change to Spears' existing visitation rights had been made. Both Spears, 26, and ex-husband Federline, who has primary legal and physical custody of the children, attended the hearing. Court spokesperson said a further hearing would take place on July 15, while the case was still scheduled to go to trial in August. Spears' visitation rights were severely restricted amid spiraling personal problems and fears for the singer's mental health. However, the pop star has appeared to have been getting her life back on track in recent months, after she was twice rushed to hospital earlier this year for treatment in a psychiatric unit. Spears, one of the most successful pop stars of her generation, has been locked in the custody saga with Federline since the couple split in 2006. Her access to her children was restricted last October after she failed to submit to random drug testing as demanded at an earlier hearing where the court ruled she was a "habitual and continuous drug user." Spears shot to superstardom in late 1998 with her smash-hit debut album Baby One More Time, which she followed with another chart-topping success the following year, Oops! ... I Did It Again.