News of the World to Shut Sunday

LONDON, Jul 7 - Britain's News of the World tabloid will print its last ever edition on Sunday following a scandal over phone hacking, owner Rupert Murdoch's so... 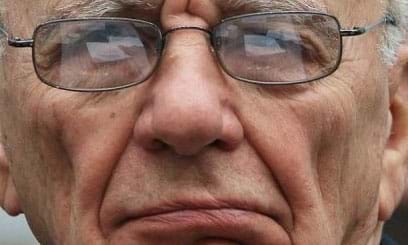 ©Rupert Murdoch, chairman and CEO of News Corp/AFP
Share This
Article:
Font size:
Write a Comment Report
Print
LONDON, Jul 7 - Britain's News of the World tabloid will print its last ever edition on Sunday following a scandal over phone hacking, owner Rupert Murdoch's son James Murdoch said Thursday. "Having consulted senior colleagues, I have decided that we must take further decisive action with respect to the paper. This Sunday will be the last issue of the News of the World," he said in a statement. The phone-hacking crisis consuming Britain's biggest-selling Sunday newspaper deepened on Thursday after The Telegraph reported that relatives of dead soldiers may have been targeted. According to the broadsheet, Glenn Mulcaire, the private investigator at the heart of the scandal, had the personal details of the families of British servicemen who died fighting in Iraq and Afghanistan. The Rupert Murdoch-owned News International group said it would be "absolutely appalled" if claims that its newspaper the News of the World intercepted messages meant for the relatives of dead soldiers were true. Britain's Ministry of Defence was seeking clarification from detectives, who earlier contacted the servicemen's families to warn them that they may have been hacking victims, reported The Telegraph. "It would be inappropriate for us to comment whilst this investigation is ongoing," a defence spokesman said Wednesday. Murdoch on Wednesday condemned as "deplorable and unacceptable" claims that the tabloid hacked the phones of relatives of murdered children and victims of the London bombings. In his first statement on the affair, the Australian-born tycoon said his company would "fully and proactively co-operate with the police". British Prime Minister David Cameron on Wednesday backed calls for a public inquiry into the allegations, but said police should first complete their probe of the "absolutely disgusting" claims. Ahead of an emergency debate in the House of Commons, Cameron said: "We do need to have an inquiry, possibly inquiries, into what has happened. "Let us be clear - we are no longer talking here about politicians and celebrities, we are talking about murder victims, potentially terrorist victims having their phones hacked into. "It is absolutely disgusting what has taken place." But Cameron rejected calls by opposition Labour leader Ed Miliband for an immediate public inquiry "because you must not jeopardise the police investigation". Cameron also refused to back Miliband's call for the resignation of Rebekah Brooks, the chief executive of News International who was editor of the News of the World when the hacking allegedly took place in 2002. And he insisted the row should not affect the government's decision, due within days, on whether Murdoch's News Corp. should be able to proceed with its controversial bid to take full control of satellite broadcaster BSkyB. George Osborne, Cameron's finance minister, was Wednesday told by police that his name also appeared in Mulcaire's notes. The News of the World has been dogged by claims of phone hacking since its royal editor and Mulcaire, who was being paid by the paper, were jailed for the practice in 2007, with fresh allegations sparking a new police investigation in January. Most of the victims identified so far have been politicians and celebrities, but it has now emerged that relatives of those killed in the July 7, 2005 attacks on the London transport network were also targeted. Graham Foulkes, whose son David died in the attacks, told the BBC it was "just horrendous" to think someone had been listening to his calls. Police said the parents of Holly Wells and Jessica Chapman, two 10-year-old girls murdered in Soham, eastern England, in 2002, may also have been targeted. The most shocking revelation was that journalists hacked the voicemail of murdered teenager Milly Dowler after her disappearance in 2002, and even deleted some messages, potentially disrupting the police investigation. Simon Greenberg, News International's director of corporate affairs, told BBC radio it was "very close" to establishing who hacked Dowler's phone. Five journalists and newspaper executives were set to be arrested "shortly", The Times newspaper reported Thursday. As major companies including Ford and Mitsubishi withdrew their advertising from the News of the World over the scandal, Murdoch stepped in to limit the damage and give Brooks his full support. "Recent allegations of phone hacking and making payments to police with respect to the News of the World are deplorable and unacceptable," he said. "I have made clear that our company must fully and proactively co-operate with the police in all investigations and that is exactly what News International has been doing and will continue to do under Rebekah Brooks' leadership." In an email to staff on Tuesday, Brooks said she was "sickened" by the new allegations and said it was "inconceivable" she had sanctioned the hacking.
Tags :
Science Technology Business Lifestyle 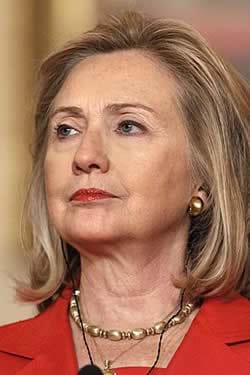 Next article Clinton to Discus Libya Situation During Trip to Turkey